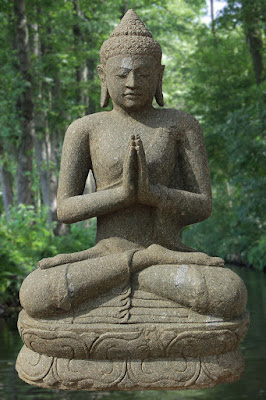 As a child, I was enchanted by ancient Egypt.

The Tutankhamun exhibit came to San Francisco in 1979 and the ancient art and symbols left a deep impression on me.

I also grew up reading mythology, and finding the constellations in the night sky using the guidance of H.A. Rey's books on the stars.

I also grew to love the scriptures of the Old and New Testaments, and for nearly twenty years beginning at the age of about 23 read them very regularly from a literalist perspective.

Then the work of Giorgio de Santillana and Hertha von Dechend in Hamlet's Mill introduced me to the amazing connections between the mythology of the world and the heavenly cycles of the celestial bodies: the sun, moon, visible planets, and especially the constellations and stars.

For some time I was fascinated by these connections in the world's myths, but resisted applying them to the stories in the Bible.

Also, as anyone who has read Hamlet's Mill knows, that text does not exactly lay out the complete system of celestial allegory, but rather provides hints and insights and connections and possible avenues for further investigation.

However, beginning with the suggestions in Hamlet's Mill regarding the cycle of stories surrounding the character of Samson in the book of Judges, I began to perceive the undeniable connection between the events in Samson's life and the patterns of the zodiac and the occupants of the heavens. Eventually, as the system of allegory became more and more clear over the course of years, I realized that nearly every story in the Bible, as well as virtually all of the myths from around the world, could be understood as part of the same ancient system.

This realization eventually led to a profound shift in my understanding of the scriptures which I had previously understood to have been intended for us to read them as if literal and historical in nature.

That profound shift, of course, left me with some questions . . .

"What does it mean?"

"How have a literal interpretation been enforced upon these texts for so many centuries?"

The start of this blog and the publication of that first book happened in April of 2011 (although my exploration of these subjects began some years before that). There are now so many posts covering such a "constellation" of subjects related to the above issues and questions that I felt the need to provide some groupings or subject-headings or categories to help visitors navigate through them all.

It is also worth pointing out that many of my views and perspectives have necessarily changed over the course of the time since the blog was first started -- some of them rather dramatically. Many of those changes have to do with the change in perspective explained above.

The subjects that I have provided here can be thought of as "chapters" which you can read in order, or skip around within at your leisure. They serve to turn the massive amount of material in the blog into something of an online book -- if you read through all the sections and follow the links in each one, you should get a fairly comprehensive overview of many of the subjects which I feel are profoundly important for each of us and for the world at large.

Those chapters or subject-headings (as they stand right now) are:

It is my sincere wish that these writings and discussions will be a blessing to those who, like me, are seeking to know and to apply this profound wisdom which was given to all of humanity as a precious inheritance.

I know that there are those who wrongly believe that this ancient wisdom -- which can clearly be shown to have been given to every tribe and nation and grouping of men and women on our planet, all across the centuries and in every continent and climate as well as throughout the islands which stretch like jewels across the mighty oceans of our earth -- somehow belongs specifically to one group or family or class or subset of humanity.

And there are those who wrongly believe they have the right to use violence against others in order to enforce their right to keep these truths -- which again can clearly be shown to have been given to all of humanity -- to themselves and from others, or who believe that they have the right to use violence in order to spread one interpretation and suppress another.

It is my sincere hope that all those who wrongly believe in justifications for the use of violence -- the violation of the rights of other men and women, each of whom themselves constitutes an infinite universe and each of whom contains within them an inalienable connection to the infinite -- would see the error of such beliefs and renounce them.

Email ThisBlogThis!Share to TwitterShare to FacebookShare to Pinterest
Home